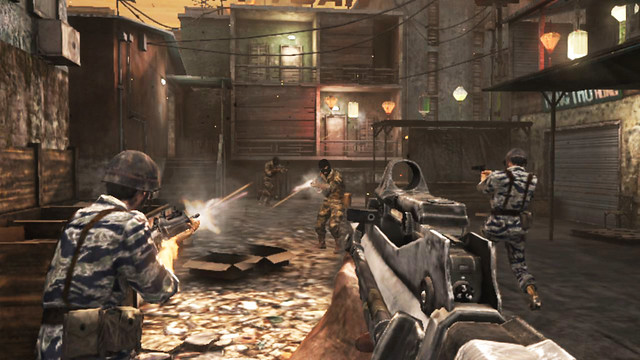 Activision and developer Nihilistic who heads up the Resistance: Burning Skies studio are shedding new details on this fall’s Call of Duty Black Ops: Declassified for the PS Vita.

Robert Huebner,, told Sony a little about the game's new multiplayer maps, Nukehouse, which you can see in the video (below) which was shown at Gamescom this year and has been inspired by the popular Call of Duty: Black Ops map Nuketown. 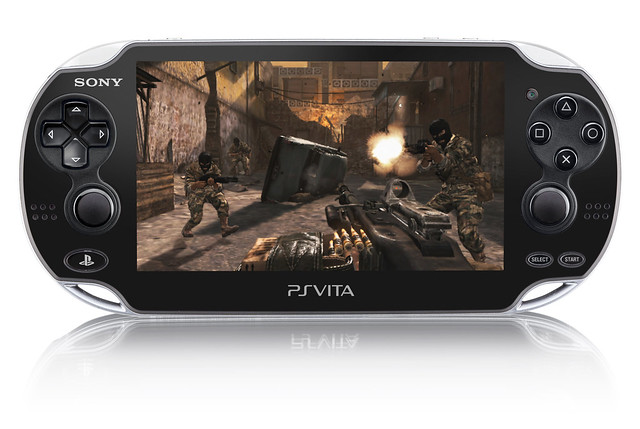 Anyways here are the Q&A which Sony had with them:

PSB: What do you consider to be the most crucial elements to nail when adapting Call of Duty to PS Vita?

RH: Two things really come to mind. The feel of the controls and weapons is a top priority, because that’s a lot of what makes Call of Duty work so well on other platforms. We got a lot of great insight and advice from the franchise veterans on this, but also adapted things for the specific controls on the PS Vita.

The second thing probably were animations. You don’t notice it all the time while you’re playing, but when you drill down, Call of Duty has an insane number of animations for each enemy and every little transition and move feels really accurate and intelligent. So we invested a lot of time in trying to capture that same feeling in Declassified.

RH: Yeah, Nuketown is obviously a fan favorite so we wanted to really do an homage to that map. Nukehouse is a tighter level overall but tries to capture the unique look and feel of the original.

PSB: Here’s a question fans have been wondering about: How deep will the weapon modding system be?

RH: Weapons retain many of the attachments from previous games, with fan favorites such as suppressors, extended mags,underaction grenade launchers, and different optics. New additions also appear like improved grip, which improves hip fire accuracy, and adjustable stock, which gives full movement speed while using Aim Down the Sight.

In multiplayer, you’ll unlock these attachments by leveling up your weapons. You’ll be able to use up to two attachments with each primary weapon, and one attachment with secondary weapons. 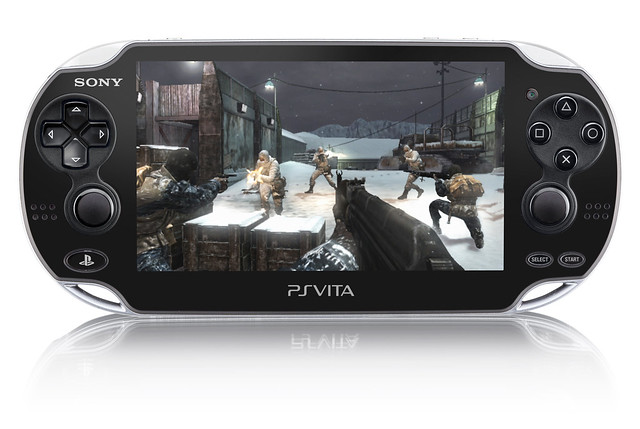 PSB: How many Perks will be in the game, and what will they be? Anything new?

RH: There are a total of 12 Perks in Black Ops Declassified, with a mix of returning and new abilities. Hardline, Marksman, Sleight of Hand, and Lightweight are all back, but new perks like Surplus (extra starting ammo and grenades), Hardwired (immune to Counter Spy Plane) and Toughness (reduced flinching when shot) are also important to remember when creating classes.

PSB: Will there be different grenade types, and will any use PS Vita’s touchscreen in interesting ways?

RH: Definitely. We’re trying to bring back the most popular grenade and tactical weapons that fit the time period of our story, and there’s a lot of variety. The Bouncing Betty is one of the most popular around the office for multiplayer; there’s something very satisfying about getting a kill with one. And flash-bangs are also fun, the reaction of your opponents over Party voice chat is always entertaining. The front touchscreen is used to toss grenades as well as optionally to aim your throw.

PSB: What kinds of missions are planned for single-player?

RH: The single-player campaign consists of intense and replayable objective-based missions that allow you to get better and better over time to improve your performance. The goal is to give the player the experience of striving for the “perfect run” through each mission.

PSB: There are Survival missions in the game as well — what can you share?

RH: These “Hostiles” missions as we call them now are the classic “survive infinite waves” sort of challenge. The player has to survive wave after wave of different enemy types, but also receives “care package” drops during play to keep them supplied.

There are also Survival missions, ripped right out of Modern Warfare 3, “Hostiles” missions as we call them now are the classic “survive infinite waves” sort of challenge. The player has to survive wave after wave of different enemy types, but also receives “care package” drops during play to keep them supplied.”