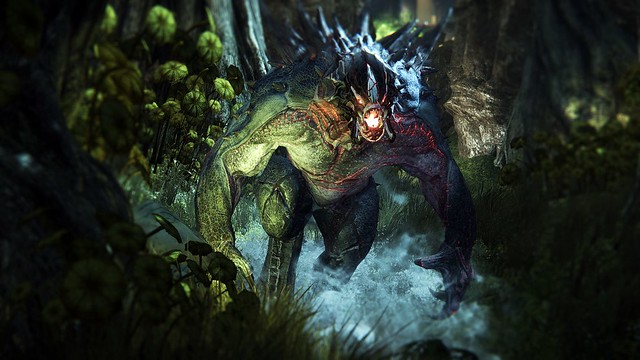 2K and Turtle Rock Studios announced that the Evolve experience is expanding today with the launch of a host of downloadable content* including the fourth playable Monster, Behemoth, four new playable Hunters, a free Observer Mode, two free maps, and more.

The DLC also features two new maps; The Broken Hill Mine and Broken Hill Foundry. All the content is available for $14.99, while each hunter is available individually for $7.49. You can also buy the season pass for $24.99.

the content update comes with some bug fixes as well.