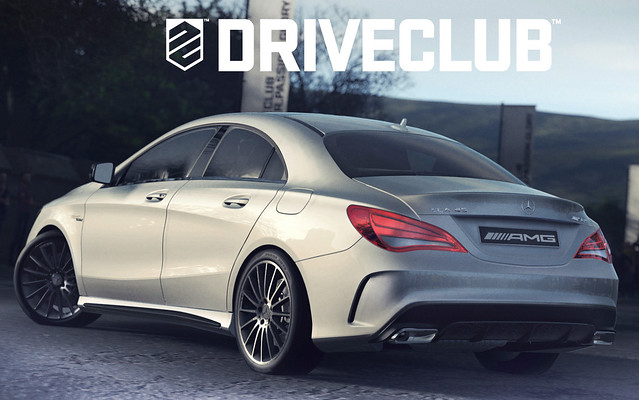 Evolution Studios has released an update 1.5 for Driveclub.

There's also a new Game Update coming next week. Read on for the full details...

» New Driver Levels: You can now reach Level 55 and each new level has a reward.

» New menu images to show off some of the best #PS4share pictures created by DRIVECLUB players.

» A new option to toggle the entire On-Screen Display on and off while you race, without pausing.

» Statistics have been added for all cars from Expansion Packs and free downloads.

Update 1.15 Add-ons will be available for download from PlayStation®Store on May 26 (Europe, America, Japan) & May 27 (Asia):

» Adds support for the DS Survolt, coming to PlayStation®Store as a free download.

» Adds support for the Lamborghini Icons Expansion Pack (coming to PlayStation®Store May 26-27).

» Earn every star in the Lamborghini Icons Tour to earn a bonus Livery.

» Earn every star in the Torque Tour to earn a bonus Livery.

» Adds support for 2 new livery packs and each Livery Pack contains 5 new livery patterns to customise your cars with.

Important developments to be aware of (coming after 1.15):

» More server upgrades: Enhancing connectivity for all players and making the required changes to enable the release of the PS+ Edition and DRIVECLUB companion app.

» Private lobbies: Development of Private Lobbies for Multiplayer is ongoing alongside development of server improvements.

» New Driver levels: More will be added each month with new rewards for every level.

» Big improvements to challenges: To make them easier to use and to improve server performance further.

» More Cars & Tours: The Season Pass runs to July and we have more popular cars and manufacturers coming to DRIVECLUB!